Feeding for a 20km Intro Ride 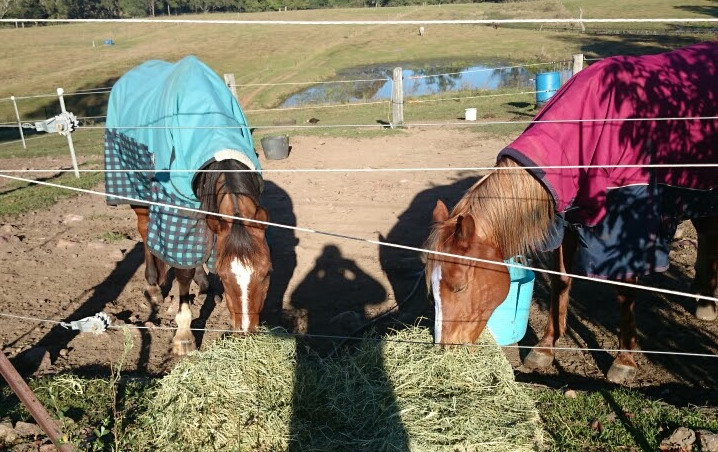 One of the most common questions asked when starting out in endurance is what to feed your horse. When standing in a feed store you can become overwhelmed by the types and amounts of different feeds making all kinds of claims and offering all kinds of benefits. You may even choose to ask the question on an internet forum which will inevitably see you bombarded with good intentions, though not always good advice, that may leave you more confused than before you asked. There are many different interpretations on how to feed an endurance horse.  The key to feeding a horse when you are starting out and heading for your first 20km intro ride lies in the last few words of the last sentence. "How to feed an endurance horse."

Yes doing your first 20km intro ride can seem like a big thing. It sounds a long way to those that have not yet been initiated into endurance riding but you should remember that 20km is not considered an endurance ride as such and at 20km distances your horse is not considered an "endurance horse." You do not need any fancy feeding regimes for a 20km ride. Consider that 20km for a qualified endurance horse and rider is a training run that may be done on a Wednesday afternoon after work. It isn't that far and represents a leisurely jaunt that may see you in the saddle for around 3 hours come ride day. You don't need any special feed for 20km rides.

So what to feed?

Hay. That's it. Hay. Good quality grassy hay. Simple right? Yes it is simple. If your horse has access to pasture and is in good condition then all you need to do is feed hay. Take some hay with you to the ride. Allow the horse to eat as much hay as it likes. They will get all the energy required to do 20km from hay and water. Yes I know they look at you with those sad, hungry eyes asking for a scoop of oats, a bag of pony pellets, a packet of liquorice and a bucket of molasses but don't give in to their emotional manipulations. Stay with hay. There is absolutely no need to feed large amounts of grains or pre mixed feeds for intro rides.

Training for a 20km ride at home only requires basic levels of horse fitness. There is no need for super long build ups of hard training to do a 20k ride. If your horse is sound and in good paddock condition with access to pasture and is capable of being trail ridden for a few hours at a time regularly with no problems then just stick with hay. Hay for light introductory training and hay for 20km rides. Once you get the hang of this endurance caper and go on to longer distances you can start looking into more serious feeding plans.

Overfeeding is a common problem for those new to the sport. You would be surprised at how little a seasoned endurance horse is actually fed. Metabolic problems from overfeeding or feeding the wrong feeds are common. Your horse does not need high amounts of grain to do short rides. They really only require good quality grassy hay. Put a salt lick in their paddock if you feel they may need some extra salts.

Long, slow "legging up" rides at home are key to starting out in endurance. Start out walking a few k's a few days a week. Then start adding some trotting to those short rides. Increase the distance and the speed but not at the same time. Change that few k's walk to a longer walk. When the horse is fine with that add some trotting to that distance. Keep this going on a regular basis and in no time your horse will be fit enough to do 20km.  Once you and your horse can trot for around 10km consistently at home with a heart rate recovery to under 55bpm within about 15 minutes of finishing the training session you should be ready to attend a 20km ride. You get half an hour to be under 55bpm at the ride but if your horse is taking a full half an hour to be under 55bpm you may have a an issue that needs addressing.

There is a minimum time set for 20km rides which will vary from track to track. The tracks are easy. Ride clubs don't give you hard tracks to traverse in intro rides. There is no rush to complete so a fair bit of walking and some trotting will see you finish the ride in good time and with a happy horse. Then give them more hay and access to water.