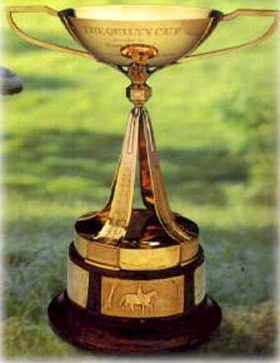 11 November 2022
AERA Management Committee, as advised, met on 10 November to discuss proposals for hosting of the Tom Quilty Gold Cup in 2023.
The proposal from QERA and from Stirling's Crossing Endurance Club to host TQ23 was accepted and this event will be held at Imbil, Queensland on 23 - 25 June 2023.
AERA Management Committee would like to thank everyone who has contributed to the planning of a Tom Quilty event in 2023.
Congratulations to the 2023 Tom Quilty Committee.
Regards
Kim Moir
Secretary
Australian Endurance Riders Association

27 October 2022
QERA calls for Expressions of interest to host TQ23 in Queensland
As already forewarned, TQ23 will not be hosted by VERA.
AERA has contacted all DAs today to call for Expressions of Interest from a DA to host this event.
If your club feels they can put this event on in 2023 please forward your Expression of Interest to QERA via the Secretary at secretary@qldendurance.asn.au by Thursday 3 November so that all applications can be considered at the next QERA MC Meeting on Friday 4 October.
QERA is required to respond to AERA by 7 November so this will give a little bit of time if there are points in your application that may require further negotiation.
The attachment shows the criteria that are to be covered so please refer to those points in your expression of interest.
As already advised, the outcome of this process may require Ride Organisers to re-think dates for the calendar next year, particularly in the June / July period, the preferred date for a TQ in Queensland.

Details from the AERA here.

Our Emerging Athlete Pathways program aims to foster the development of young athletes and officials (such as coaches, referees and scorers), by providing financial assistance to help alleviate the costs associated with attending championship events at a state, national and international level.

We understand that many of your athletes may be interested in this program and wanted to make you aware of some key changes to the current program. For any events held on or after 1 April 2022, the funding amounts have increased for each event category as follows:

All other program eligibility remains unchanged and any applications for events commencing on or before 31 March 2022 will receive the previous funding amount.

Could you please note these changes and update any information you may have on your website or included in selection information packs as necessary.
To reflect these changes, amendments have been made to the information on the ‘Check if you are eligible’ page on the EAP website, for your reference.

Thank you for your ongoing support for this program. Don't forget to notify the department of any changes to your eligible events by updating the EAP spreadsheet and sending it through to .

What is Japanese Encephalitis?

Japanese encephalitis is an acute mosquito-borne viral disease that can cause reproductive losses and encephalitis in susceptible species. Disease occurs most commonly in pigs and horses but can also rarely cause disease in other animals.

Animals and people become infected through the bite of infected mosquitoes. The disease is maintained and spread through transmission cycles between mosquitoes and some wild and domestic bird species and pigs. There is no risk to humans from eating pig meat.

In horses, many cases are asymptomatic and most clinical disease is mild, however more severe encephalitis can occur which may be fatal. Signs include fever, jaundice, lethargy, anorexia and neurological signs which vary with severity of the clinical disease. Neurological signs can include incoordination, difficulty swallowing, impaired vision, and rarely a hyperexcitable form occurs. Disease has also been reported in donkeys.

Japanese encephalitis is transmitted to humans through infected mosquitoes. Most human infections of JE cause no symptoms or mild symptoms such as headache or fever. A person with severe disease may present with inflammation of the brain (encephalitis), characterised by sudden onset of vomiting, high fever and chills, severe headache, sensitivity to light, neck stiffness and nausea/vomiting.  Children aged under five years of age and older people who are infected with JE are at a higher risk of developing more severe illness. 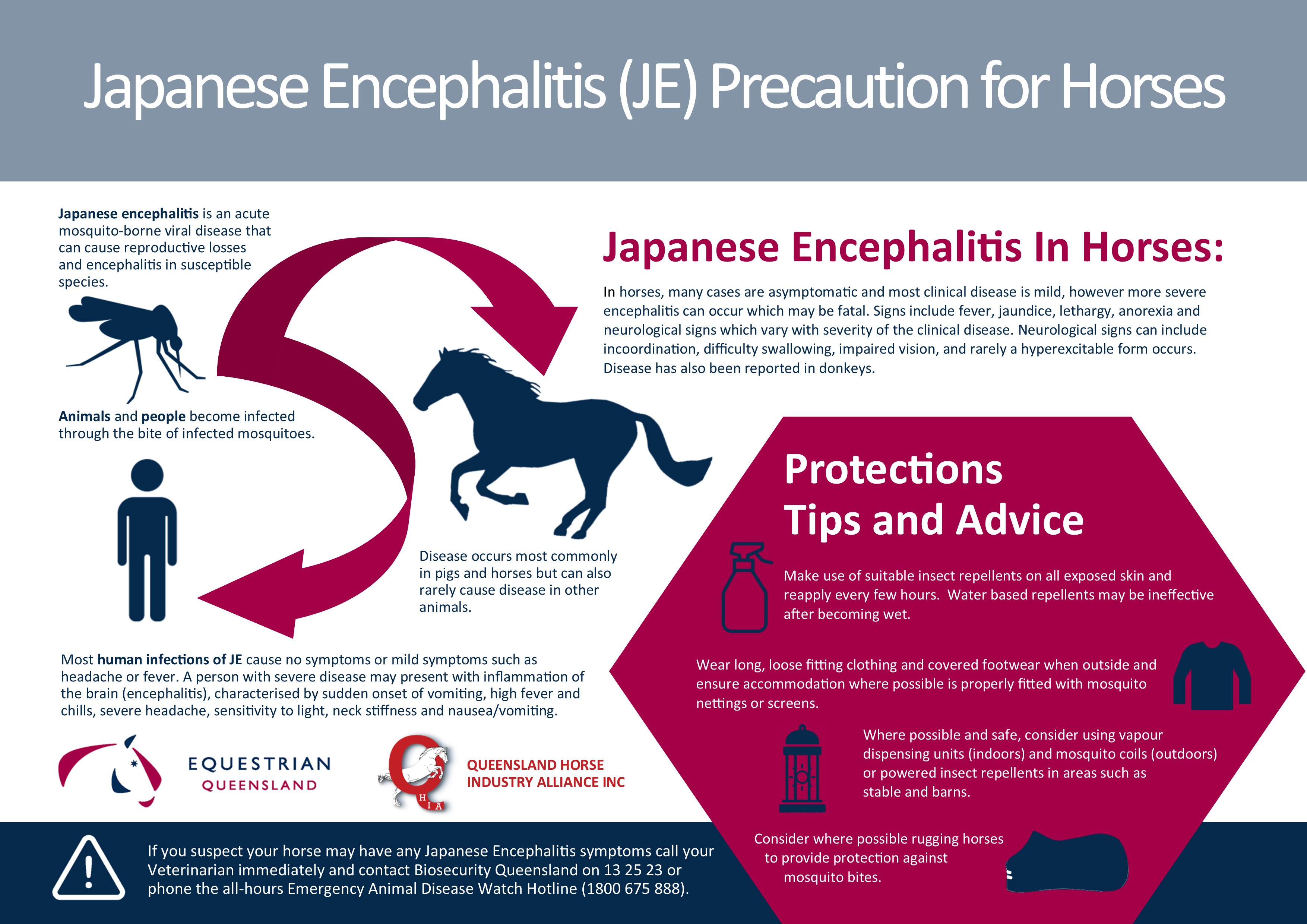 As you are aware, in recent days South-East Queensland has been impacted by a significant weather event, causing widespread flooding, with the emergency continuing to unfold in many areas.

As an agency, our thoughts are with all of those directly affected by this event both personally and across our sporting clubs, organisations, their volunteers and members, activity providers and staff.

Right now, the situation is evolving with impacts varying across the region and the full extent not likely to be known for some days yet. We have seen examples of the lengths you have gone to, in attempting to protect clubhouses, venues and equipment and while this is understandable, your safety and that of your volunteers and participants remains paramount.

We ask that you do not put yourselves under unnecessary risk as there will be time for damage assessments to occur across clubhouses, venues, lighting, fields, courts, amenities, and equipment once the immediate danger has passed and it is safe to do so.

When that time comes, we will be ready to utilise our vast experience in managing disaster response and recovery to provide assistance and support. This includes how best to record details of damage sustained to your facilities and assets and materials which will be crucial to support your claim.

We suggest considering the following initially:

We understand that many of you are at a critical juncture with seasons already commenced or preparation underway. Similarly for those in the outdoor recreation industry that have providers currently delivering activities. Be assured that the department, your State Level Organisations, Industry Peak Bodies and Councils will work through this together as a collective.

As support options are being considered, we ask those affected to review their eligibility and current activations through Level 1 funding via the Sport and Recreation Disaster Recovery Program, with more detailed information available through the program guidelines. The program will be updated as more areas are declared under Disaster Recovery Funding Arrangements.

We also encourage eligible organisations to apply for support under the Active Clubs program which opened last week.

We will follow this email with further updates as information becomes available and it is our intention to have Sport and Recreation staff out in the field in the next week as we progress into the recovery phase.

We have worked together successfully in the last two years in response to the pandemic and we aim to work together in the same spirit to ensure a safe return to play as soon as possible.