Supplied by the Toft and Collyer families. In recognition and memory of Anne Jones’s remarkable contributions to endurance riding. Anne began endurance in the early 1980s, over the years she completed almost 200 endurance rides, amassing 24000+km endurance miles in Australia. During this time Anne worked tirelessly behind the scenes, organising rides and contributing many years to the QERA SMC. 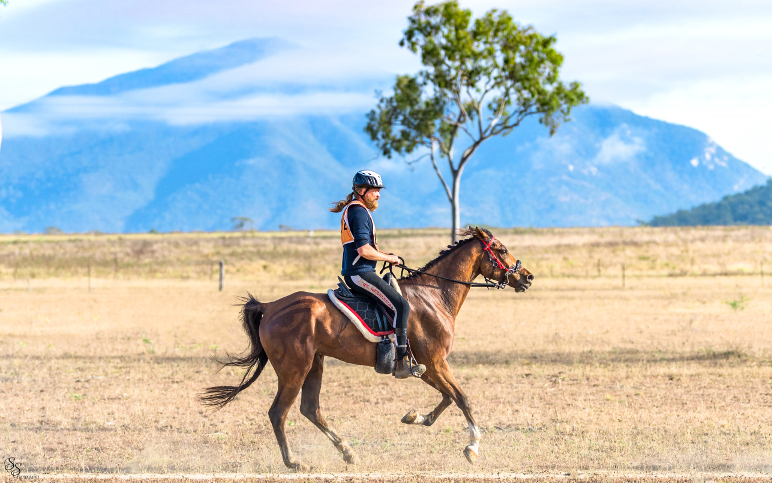 Provided by Warwick Endurance Club in commemoration of their past member, Carmen Batterham. Carmen and her grey gelding Country completed over 3,500km together in the late 1970s and early 1980s, with 3 Quilty buckles all in the Top Ten placing and winning the 1981 Stockmans Hall of Fame 250km ride.


First woman across the line in MWT or HWT division

Provided by Brian Sheehan to encourage team competitions within our sport. This trophy is named after Barbara Timms (now McDonald) who is a lifetime member of QERA. Barbara was part of many successful teams representing Australia at international endurance events.
Awarded to the first team with the fastest times of the first 3 completers in a team of 4

Supplied by Overton family. Bruce was long time member of QERA and had a great love for his purebred grey geldings.

Awarded to the first purebred grey gelding to successfully complete

Donated by Barry and Shirley Akers and the Torenbeek family. To remember Alwyn and the spirit he brought to our sport. Alwyn was one of the first competitors in Australian endurance, starting out at the 1968 Quilty. He didn’t see age as a limit and encouraged all ages to enjoy endurance riding. Alwyn rode a horse almost every day of his life, his last endurance ride was the 50th anniversary of the Tom Quilty. He passed away a few months later at 78 years old.

Awarded to the oldest rider to successfully complete